Ava Jhamin and her team at L’Amour Productions launched the second season of Mr. & Miss Model International (MMI) at Model’s Workshop on November 10th. This may be one of the newer styling and modelling competitions in SL, but it has proven to be one of the most exciting. It’s one that celebrates each contestant’s creativity in styling, while also recognizing their individuality and personality behind the screen. Ava stressed that MMI is open to everyone on SL and doesn’t voice verify. She says, “We celebrate who you want to be on SL regardless of who you are in RL”. It’s all about your creativity and style… READ MORE

One thought on “L’Amour Launches MMI at Model’s Workshop” 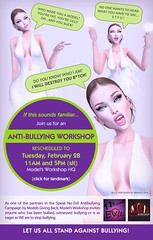 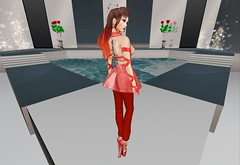